Cosmology for the 21st Century

Cosmology is not just astrophysics alone. A viable model for how the world and body interact with the mind, is most essential to comprehend the universe. 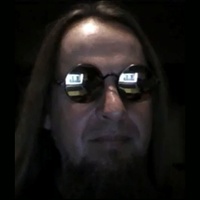 
'GRate is a time-scale variable that is a square of TimeRate!
100
GRate = TimeRate^2
'set both rates to = 1 for simplest solution.

'The first pair of for...next loops are now complete.
'They have determined what the changes to the planetary velocities will be.

'Now this is where the velocities are actually changed for each time unit.
'MoX MoY MoZ are motion variables for all time, so do not set them to zero.
'Starting motion/velocities not here included, define those yourself prior to this routine.
For Ss4 = 0 to Planets
MoX(Ss4) = MoX(Ss4) + TotalX(Ss4)
MoY(Ss4) = MoY(Ss4) + TotalY(Ss4)
MoZ(Ss4) = MoZ(Ss4) + TotalZ(Ss4)
Next Ss4